I could drive almost any car – but the assistance systems make it a lot easier!

Moritz and his new Tesla Model 3 with Space Drive

Moritz Schön, 19, sits proudly behind the wheel of his modified Tesla Model 3. Moritz, who is training as an IT specialist, wanted an electric vehicle – not only because of environmental considerations but also because the car he ultimately chose has many assistance systems that make driving much easier for him. These systems include everything from a lightened power steering unit to proximity cruise control, a lane-keeping and lane-changing assistant, and cameras that continuously recalculate routes and suggest lane changes. Due to complications that occurred during his birth, Moritz suffers from motor impairments and needs to use a wheelchair.

“Moritz always talked about Tesla”, says his mother, Hildegard Schön-Loos. “At some point I couldn’t listen to it anymore, but I did learn that Tesla vehicles offer a lot of benefits.” The latter fact is what ultimately convinced the Schön family. “I could drive almost any car – but the assistance systems make it a lot easier!” Moritz explains.

After Moritz underwent a medical examination, it was confirmed that he would be able to operate a Tesla steering system. 8 Nm was the requirement, which the standard Tesla steering system meets in its comfort mode. “Another advantage is that if the steering system is left unaltered, all steering-related assistance systems remain active”, says Thomas Minde, who is responsible for technical consultancy at PARAVAN. “This is a huge benefit in the Tesla.”

Moritz Schön needs extra support from PARAVAN’s Space Drive drive-by-wire system in order to operate the controls for acceleration and braking. His vehicle conversion was set up for him to steer with his left hand, and his steering is supported by a multifunctional spinner knob, which is mounted on the steering wheel. Moritz uses his right hand to operate an acceleration/brake lever, which is mounted on the centre console in the vehicle interior. “A mechanical manual device doesn’t work here; my right side is my weak side”, says Moritz.

He moves to the rear of the vehicle with his wheelchair, which he then loads into the boot with a Ladeboy lift-and-load device. He then uses crutches to get himself to the driver’s seat. His vehicle’s “Easy Entry” feature greatly simplifies the process of seating himself behind the wheel. This feature works as follows: After he parks, the driver’s seat and steering wheel automatically adjust their positions to make it easier for Moritz to exit the vehicle. After he gets back in, he pushes the brake lever and the driver’s seat and steering wheel then automatically move back into the positions stored in the active driving profile.

Moritz did a lot of research on electric mobility before he purchased his Tesla. And his commitment to the environment extends beyond his chosen vehicle;  he uses a photovoltaic system to recharge the car’s batteries, and if that system doesn’t have enough energy, he uses electricity produced from renewable sources. “Tesla also now exclusively uses renewable energy in its battery production operations”, Moritz points out.

The Schön family got their Tesla in February and have already driven well over 10,000 kilometres with it. Moritz has done most of the driving since the conversion work was completed. His training location is 15 kilometres from his home. “Theoretically, I could drive a whole week with a fully charged battery”, says Moritz, who particularly appreciates the quiet and relaxing ride the Tesla offers, although he understands that others are more interested in the car’s superior acceleration. After he took delivery of his vehicle in Aichelau, Moritz drove to a get-together for Tesla Model 3 owners in Fulda. His Tesla – the first-ever converted Model 3 with Space Drive – attracted the most attention at the event. 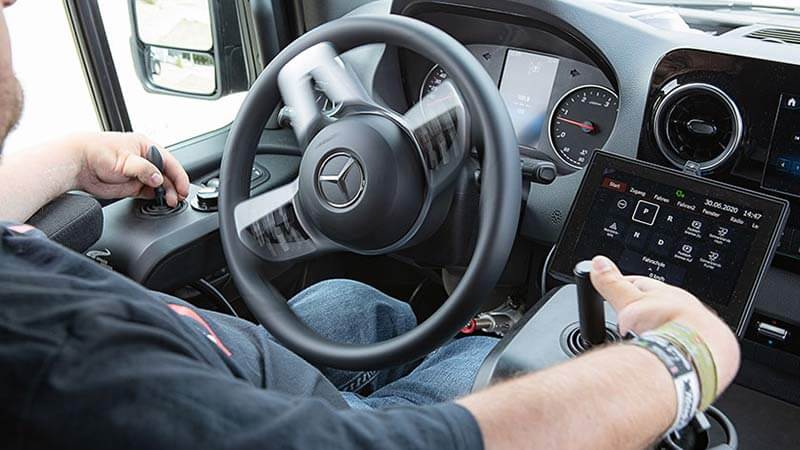 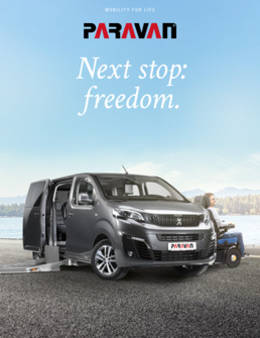